According to a HARC study, the oil and condensate storage tanks lose 300,000 tons of vapor per year in EAST TEXAS ALONE causing billions of dollars in economical loss and huge impact on the OZONE level and the environment.

AXS PIPES reduce the loss of vapor by approximately 60% and saves the gas station industry millions of dollars per year by simply replacing the customary venting pipes with AXS Pipes.
AXS PIPES are filled with AXS Cylinders. The AXS Cylinders remain cooler than the surrounding environment and they capture the escaping vapor by condensing it and returning it to the storage tank in liquid form while keeping safe pressurized tanks. 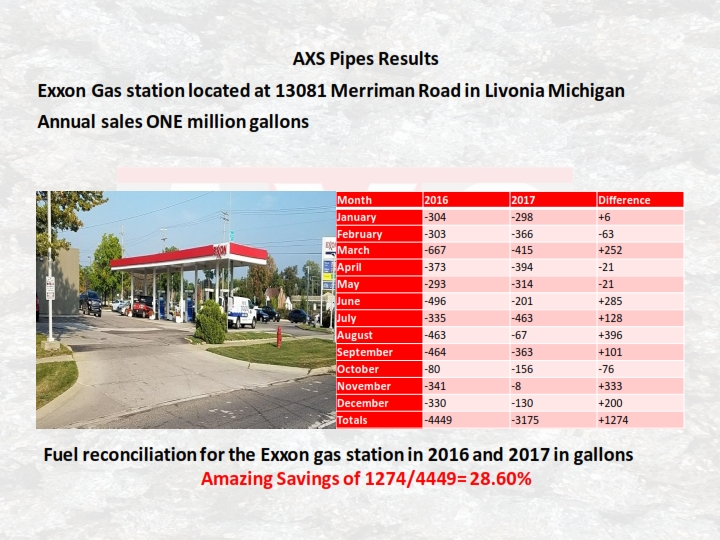 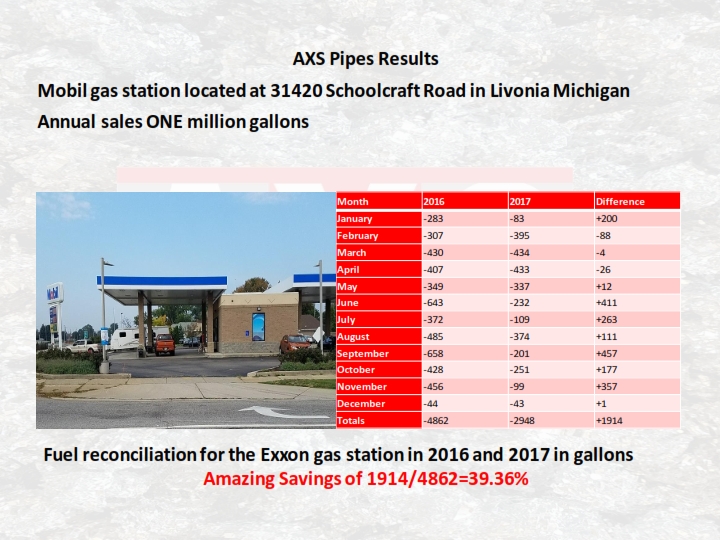